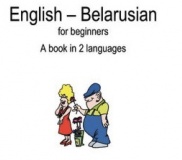 These are important developments. Belarusian officials have talked about attracting foreign investors and tourists for many years.  But until recently virtually all Belarus street signs were only in Cyrillic script. Moreover, the knowledge of English among Belarusians remains low.

A few years ago Aleksandr Lukashenka criticised this situation. He joked that Belarusian secretaries hang up on callers upon hearing English. In government agencies and state-owned industries, few people speak English. However, new prime minister Mikhail Myasnikovich and his deputy Syamashka both claim English proficiency. But Belarus has a long way to go to become a foreigners-friendly country.

English As a New Foreign Language

English as a foreign language is relatively new for Belarusians. Thirty years ago, speaking a foreign language meant speaking German. The German connexion is still strong today. German civil society organisations and political foundations work with Belarusians despite all political tensions. The Goethe institute maintains German libraries even in provincial centres. The only British Council office in Belarus - in Minsk - was closed in 2000.

Lack of proficiency in English in the governmental institutions is a good illustration of linguistic barriers Belarusians face on the path to international integration. The presidential website is the only governmental website with an up-to-date English version. Belarus Foreign Ministry demonstrates extremely poor English. For example, the mission statement of the ministry reads: “Our foreign policy is multi-directed seeking to build partnerships all across the globe.”

If this is the language Belarusian diplomats use professionally, no wonder the results of Belarusian diplomacy are so pitiful. To be sure, Belarusian representatives abroad lack more than knowledge of English. Recently, Belarus trade adviser in Tehran was caught on the video sleeping at the summit of Non-Alignment Movement.

PR-Disgrace of the Belarusian State

The web presence of all Belarusian governmental organisations suggests that Belarus has little interest in foreigners. For example, the latest piece of news translated into English on the web site of the Belarusian government at the moment this text is being written, dates back to 9 July.

The very first page of Belarusian Ministry of Trade contains a series of news titles in Russian, each followed by the English remark “The resource is available only in the Russian version of the site.” English pages of other governmental agencies and organisations look similarly, revealing negligence and poor qualification of responsible officials.

But the most illustrative is the English-language web site of the leading governmental think-tank with a long name Informational-Analytical Center Under the Administration of President of the Republic of Belarus. It should per definition  have had higher intellectual potential, linguistic and PR skills than the ministries which might be too preoccupied with everyday business. However, its site displays only the center’s name and logo. Our sources say, just a couple of low-level analysts on the centre’s staff speak English, though the director speaks excellent German.

Language problems are no less dire in the business sector. In 2009, a journalist of the Belorusskaya Gazeta weekly called biggest Belarusian firms asking about investment portfolios and seeking creating a joint-venture. He spoke in English and only one enterprise, furniture producer Pinskdreu, was able to communicate.

Belarusian government, business and all kinds of organisations and institutions lack even the basic facilities and policies to inform its foreign partners about their ideas and what they have to offer. They cannot make their case even in the most favourable condition in the West and even less - manage crises which regularly happen in Belarus' foreign relations.

Apparently, a big share of problems in relations with Western nations stems from mutual misunderstandings and PR-mismanagement. And some of them begin with language. The government has such difficulties in contacts not only with the West. Iranian ambassador also complained about lack of English command in Belarus as a major reason for failure of Iranian projects in the country.

The government is aware of language problem and two years ago started to increase amount of hours for foreign language instruction in schools. In 2013, it adds foreign language examination to the list of obligatory exams taken upon finishing the secondary school. Ideologically, the opportunistic Belarusian regime has no problem with more English, if it brings money and does not threaten its survival. Lukashenka has declared at the very beginning of his rule in 1994, "There are only two great languages in the world: Russian and English."

For now, however, the Belarusian officials speak only Russian and keep looking towards Moscow. Only after Belarusian bureaucrats and businessmen will learn how to communicate with Europe, they will be able to adopt new practises.

They have no aversion to the West and can review own beliefs if given an impulse. Even the most conservative part of Belarusian state apparatus – the army – implemented new organisational models after General Malcau learned them in Germany in 2000s. Belarusian officials and society shall have an opportunity to have a different experience of Europe and communicate their problems.