Summary of comments by Javier SOLANA, on the conduct of the Presidential elections, in Belarus 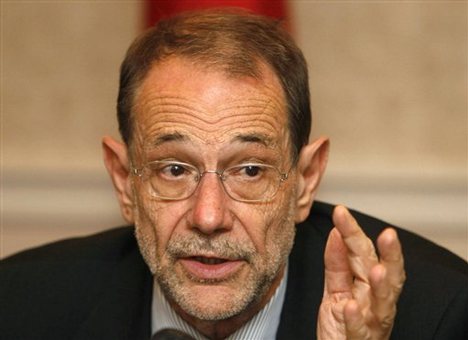 Javier SOLANA, EU High Representative for Common Foreign and Security Policy (CFSP), made the following comments to the media after the elections in Belarus that took place on 19 March 2006.
"I am saddened by the conduct of the Belarusian presidential elections. The preliminary report by OSCE election observers concludes that the elections did not meet international standards. It cites unacceptable abuse of state power in the run-up to the elections, obviously designated to protect the incumbent President. The elections did not allow citizens to freely and fairly express their will at the ballot box. All this casts a shadow over the legitimacy of the electoral process.
On the other hand, I am glad to see the consolidation of a genuine democratic opposition and strong civil society. Their efforts to defend the right of each and every Belarusian citizen to a democratic process have shown bravery and deserve our recognition, support and deep respect. I strongly caution the government not to threaten those exercising their political rights in the coming days.
The EU will look into further restrictive measures against those responsible for the serious shortcomings and abuse in the electoral process. The European Union will prepare these measures in close co-ordinations with its partners, notably the United States.
I wish to underline that we in the EU see the Belarusian people close to us. We wish to engage with them in a strong people-to-people partnership. In this context, I very much regret that by consolidating its authoritarian hold on Belarus, the government stands in the way of a brighter future for the country's population."